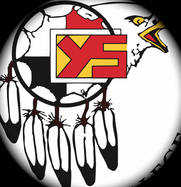 Sinte Gleska University, a public tribal institution of the Rosebud Sioux Tribe operating under the authority and jurisdiction of its Board of Regents

For more information on SGU click the button below.

CLICK THE LINK BELOW TO VIEW THE CONTRACT AGREEMENT WITH SGU